Artisans don’t often live in big cities.  They need to immerse themselves in the tradition and culture that they love and defend.

Merza is a tiny Galician village with barely 500 inhabitants where one young woman, Elena Ferro, is revolutioninzing the concept of the clogs (zocos in Galician).  But she’s not only changing the traditional designs for ones that are more fun and trendy, she’s also using her clogs as the stars of a series of photographic stories that have recently gone viral on Facebook.

Elena Ferro in her workshop

It all began for Elena Ferro, originally from Merza, when she won the Antonio Fraguas Fraguas Award for Artisanry in 2010, given out by the Galician province of A Coruña every two years.  At the time, she was already a zoquiera (traditional clog maker) with passion and drive.

Elena was born to a family of zoquiero artisans and has had a passion for the field since she was just a child.  She began her career making leather goods and selling them wherever she could.   Nowadays, she still applies those techniques to the clogs, bags and wallets that she makes.

100 years ago, Elena’s ancestors began to make clogs.  At the time, zoquieros were relatively common and this type of shoe was worn exclusively for work; the wood sole was perfect for protecting feet from dampness.

In the 70s, the decline of the traditional clog began and it took many artisans with it.  Elena’s father, however, didn’t leave the profession, he just worked harder and diversified his work, convinced that doing what you love is a sure path to success.

Elena’s objective is to make people realize that clogs can be worn and enjoyed as more than just the work shoes that they were originally intended to be.

SO CATCHY!: When did your personal revolution in the world of clogs begin?

ELENA FERRO: From the mid-nineties onwards I began to introduce small changes or touches to the traditional clogs.  I did it because I liked it and to try something different.  It wasn’t really anything that I’d planned or thought out; it was more like one day I said “well, I’m going to paint the wood of these clogs red and these ones green, just to see how they sell”.  And since then it’s evolved to what we have now: printed fur with bright colors that we started producing 4 years ago now.  In the beginning, they didn’t really work out and people saw them as purely decorative, but we insisted and, little by little, when people saw them out on the street, they began to accept the idea.

SC!: Who wears your clogs?

EF: Right now, all kinds of people.  From children to adults.  Children love them because they have a bit of a heel and because of the colors.  All kinds of people really, even in the south of Spain!

EF: Well, we go to fairs, markets, we sell them in 5 shops in Santiago de Compostela; in Galicia there are 12 stores in total.  People from all over have been contacting us, in fact.  Today we’re sending a few pairs to Germany for some people who sell Galician products there.  But the fairs are still very important for us, because of the word of mouth.  People are beginning to recognize us and we’ve been on TV a few times and they’ve seen us.  In fact, more and more people have been visiting our workshop because we make clogs to order and people like that.

SC!: Apart from Galicia, where you attend almost all of the fairs and markets you can, which countries have been most interested in your clogs?

EF: We sell to individuals in Switzerland and the US occasionally.  And we’ve seen interest in Germany and New Zealand as well.

SC!: What’s the average price for a pair?

EF: The colored clogs, for example, start at 60 euros.  From there, you can add extras: nails instead of staples, painted wood, types of leather, heel height, covered or open-back, for men or women, etc.  I should say that men still seem disinterested on the whole but, baby steps.

SC!: Tell us a little bit about your creative process, from when you first come up with the idea for a new design to the moment you finish it.

EF: I don’t really have a process.  I mean, around two months ago, I painted some clogs the color of a truck that I saw on the street.  I try to find new things, and I always try to keep up with what’s the latest, especially with leather.  Right now, fish skin leather is pretty popular (stingray, salmon, etc.) and I try to have a lot of variety because, apart from the models we have, we also make clogs to order according to the client’s taste.

SC!: You won the Antonio Fraguas Fraguas Artisanry award in 2010. What did that mean for you?

EF: Well, it was really the beginning of it all. I made some clogs that imitated ladybugs (ladybirds) and they won.  It was a surprise, really, because I’d presented various pieces on other occasions.  Many times it’s all about recognition.  If artisans have one fault, and I consider myself to be an artisan, it’s that we don’t value our work and ourselves enough.

SC!: With the rebirth of artisanal work, I’m sure you’ve seen your competition grow as well.

EF: Yes.  We see it more and more as we try to bring life back to the field. But we like the fact that it’s all coming back.  The world is a big place and there’s room for everyone.  And, I think that competition motivates you and keeps you focused.

SC!: What’s your next challenge?

EF: They asked me that in the Enrique Loewe Master’s that I did last year and it’s really quite simple: I’d like to have a little more time for myself. I like my work but I never leave the workshop before 10 PM.

SC!: How would you describe what you do?

SC!: And so are the pictures you’ve been posting on your Facebook fanpage.  You’ve generated a lot of interest with the stories that you set up about your ‘family’ of clogs.

EF: Yes, (laughs). I’ll tell you a bit about my experience with clogs and  the reason I started this.  Clogs are a type of shoe that people have always secretly had a little bit of distaste for, it’s like they signify poverty.  Older people see these artisanal clogs and, less now than before, they associate them with the past.  Nowadays they look at them a bit more warmly.  My whole life, when I’ve gone to artisanal fairs, I’ve heard people say, “I don’t want any more clogs or cornbread”.  And part of that distaste comes from not having enough money to buy clogs that fit well.  Many people had to use their siblings’ clogs and they were either too big or too small, so they acquired the stigma that they don’t fit.  One of the reasons I’ve been making these pictures is to get people to look more kindly on clogs after disliking them for so long.  So I started to post pictures on Facebook.  I also do it because I like it and I don’t want to only have models in clogs on Facebook, I don’t find that so interesting.

SC!: Your photos have been shared hundreds of times and people want to see more (us included).  You could give lessons in creating content for social networks.  Tell us how it works.

EF: I don’t really know how I do it.  I love that people find it so interesting, first of all.  I started the project as a way to relax.  I’ve got a lot of “retranca” as we say in Galicia, which is a kind of healthy irony, I guess, with affection. And so it began, I gave them their own stories, the small clogs are pigs and they’re on their way to school and so on.

It really took off when I began to put the photos online.  In December, I made some red clogs and others with printed fur, and I thought, they look like Little Red Riding Hood and the Wolf.  So I got a small basket that I had in the workshop and, since I’m a romantic person, I thought, “these two are going to fall in love”.  And that’s how it all began.  We tripled or Facebook ‘likes’ and so I decided to get more serious with my homemade marketing.  I do try to not make them boring, I want them to be fun and to have some ”retranca” as I said earlier, like with the one of the old clogs and the piece of cornbread, as if they were talking to each other.  It’s an escape valve for me and it raises my self-esteem, which I need sometimes.

EF: I think everything is perfect how it’s going right now.  What I would like is to have more time to improve.  I also want the workshop to keep running with the atmosphere and essence that it has now. And I hope that we can do more work.  My expectations aren’t economic, what I like is to share the beautiful things that I see with others.

At So Catchy! we love the way she’s getting her work out there and the humility of a Galician artisan who has adapted to the times while refusing to renounce the authenticity of tradition from such an authentic land. 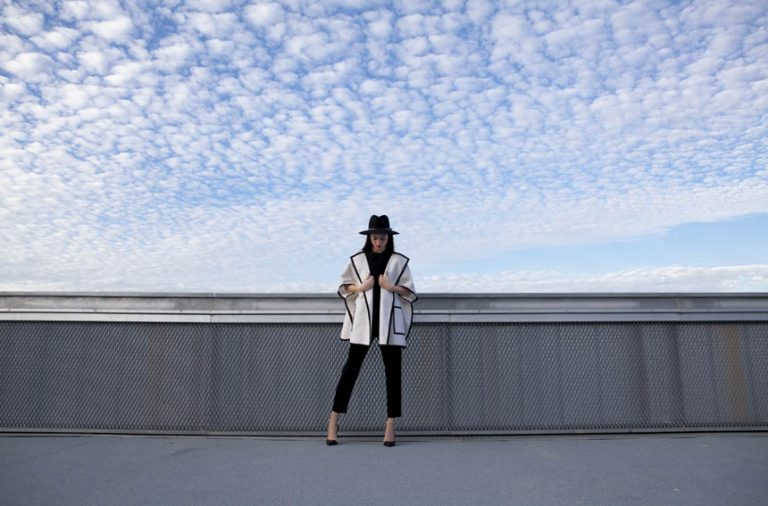 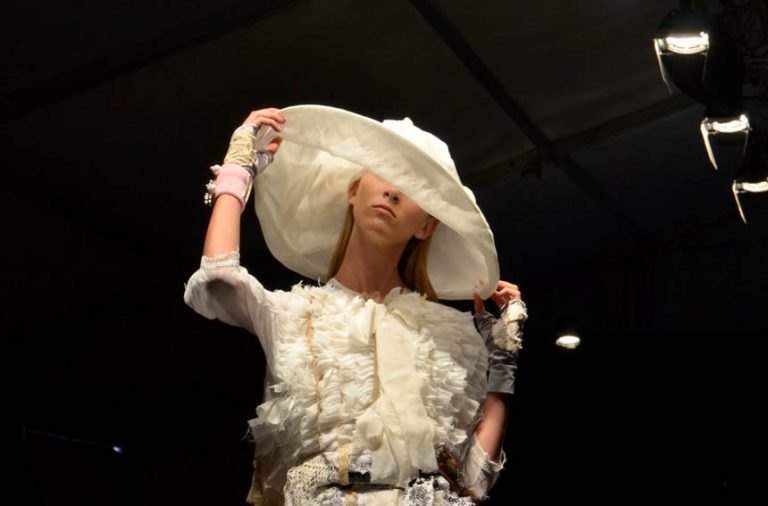 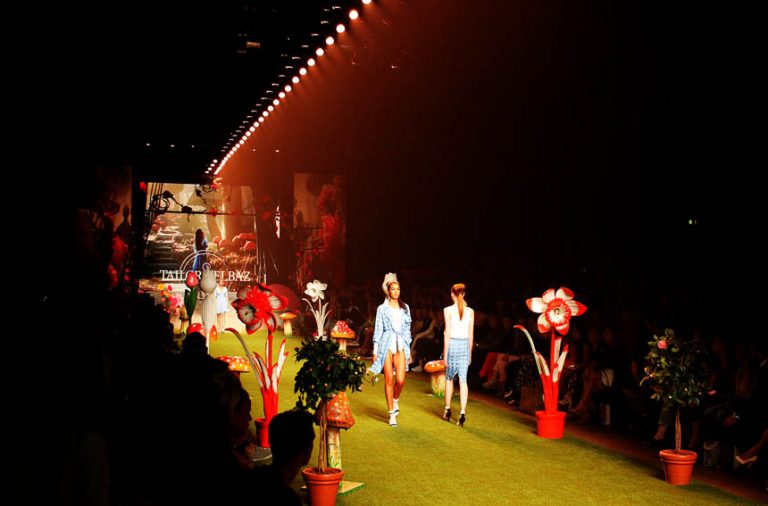 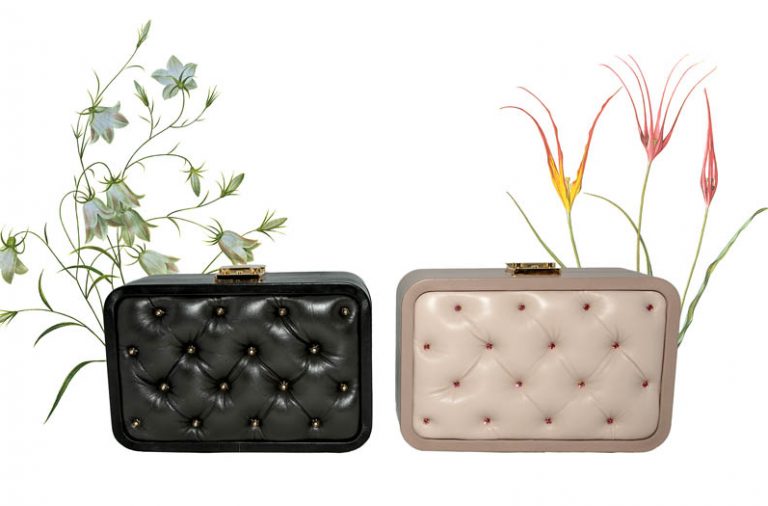 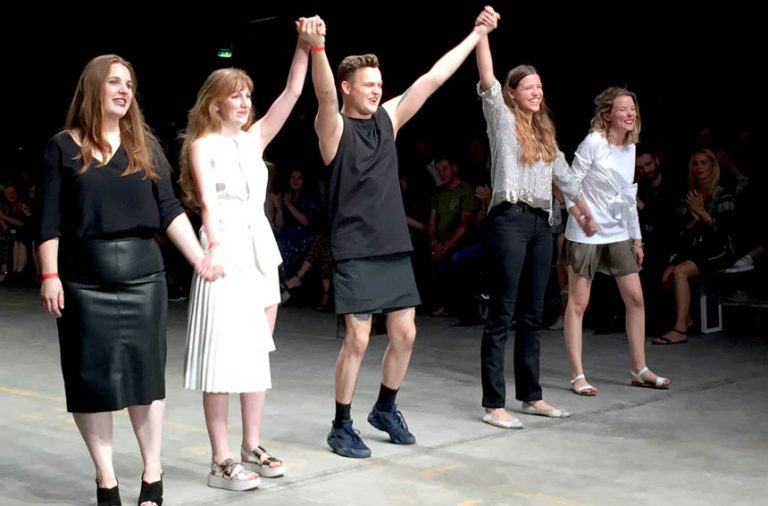