As you might have guessed from our interview with the artist Sheila Miani a few weeks back, at So Catchy! Where Fashion Begins, we’ve been looking into collage in the fashion world.

This time, we’re bringing you 5 international artists who agreed to give us some insight into the movement which is experiencing a resurgence. There are many more amazing artists working in collage apart from these five creative talents like Julien Pacaud with his retro videos and the latest project from the duo, Hunter and Gatti, CARNE, using Inge Jacobsen‘s image:

There’s also the work of Pablo Thecuadro, Ernesto Artillo from Spain, and Pias Collages and the original and funny gifs from Toilet Paper Mag:

The list goes on and on. In collage, you have to take an image apart before you build it up again; it’s a way of expressing a message using the message of others, an art form that offers millions of possibilities, and it’s got our attention.

His collages and gifs are daring and fun, authentic cubist constructions that leave no one unmoved, so much so that Tru de Trussardi asked the artist to make the video presentation for the spring/summer 2015 collection.

So Catchy!: When and why did you start making collages?

Luca Mainini: I started to make collages when I was a child. I’ve always loved to put pictures together in order to create new worlds.

LM: I think my leimotiv is the BACKSTAGE. Hollywood backstage, star backstage, divas backstage. Movies are the most important thing in my life; I like to discover dreams and nightmares behind the sparkling world of celebrities.

LM: GIFs are so easy and so clever. I can do what I want – psycho crazy divas in a psychotic vision of fashion.

SC!: Why do you think there is a big movement now around collage in fashion?

SC!:  Which other collage artists do you admire?

LM: Honestly I don’t like collage artists. I admire directors; I think they are the real artists today.

LM: I’m working on a project for a great brand. In the meanwhile, I’m writing my first collage movie.

SC!: Do you prefer digital or handmade collages and why?

LM: I make all my collages by hand. And then I create GIFs from them.

Mad Haiku is a journalist who left the newspaper field in 2011. The name Mad Haiku came about in 2001 with the creation of a blog dedicated to the hundreds of ‘haikus’ he had written. Due to a company requirement that all personal blogs to be reviewed and approved by management, something he strongly disagreed with, he shut down his blog, though he still uses the pseudonym to for his collages

So Catchy!: When and why did you start making collages?

Mad Haiku: I started doing digital collages to illustrate some of my haikus. I’d taught myself Photoshop and Dreamweaver. I was greatly influenced by the work of David Plunkert, whose illustrations ran every Sunday in a magazine my newspaper used to publish. His work was great! I think I cut out and saved every one of them. My biggest project back then was “Moby-Dick in Haiku”. I’d reduced the book to 15 haikus and made a digital collage for each. I wrote them fairly quickly, but it took me a long time to do the illustrations. Later, after I abandoned the website, I began composing haikus out of words I cut out of newspapers and magazines. I called them “ransom note haiku” and started posting them on Tumblr. After I ran out of haikus, I thought about some other kind of endeavor and naturally fell into handmade collage.

MH: If by leitmotiv you mean a recurring theme, I’m not sure I have one. I do make collages primarily of women from fashion magazines because: 1) I find women far more visually interesting than men; 2) I can get old magazines really cheap at my library. Also, magazine stock is a little heavier and easier to work with. I also like to add words to a lot of my more recent work, stuff that pops into my head. Occasionally, I’ll start out with an idea, but most of the time I just start cutting and see what works with what.

SC!: Why do you think there is so much movement now around collage in fashion?

MH: I know that apps like Polyvore are popular. I suppose it’s a great way for designers to showcase their work and draw consumers into the process of creating ensembles; that whole interactive thing. For me, fashion is just a means to an end. I don’t pay particular attention to labels. I think most of haute couture is rather silly, but it makes for great collage material! I try to inject a little humor in my work, but I try not to mock designers or deliberately make grotesque images.

SC!: Do you prefer digital or handmade collages?

MH: I definitely prefer handmade collage. I like the “visualness” of it, that handmade look. The images are never cut out perfectly, and I’ve learned to embrace that. Not any easy thing if you’re a pathological perfectionist! I work very fast and rarely spend more than an hour or so on a piece.

SC!: Are there any other collage artists you admire?

MH: There are a number of artists I really dig. I mentioned David Plunkert. My all-time favorite, though, is Katherine Streeter whose work can be seen all over the Web. She has this magnificent sense of composition and design, a distinctive style and “voice.” She injects a subtle humor into a lot of her work. She’s such a great visual storyteller that oftentimes her images are more interesting than the magazine article they are meant to illustrate. I also admire Julien Pacaud, Randy Mora, Eleanor Shakespeare, Susan Adame, and Joseba Elorza, who works under the handle MiraRuido. He’s done several music videos that are just out of this world. I also really like Gabrielle Nowicki, otherwise known as GabbyGubbins on Tumblr.

MH: Right now I’m working primarily on assembling collage journals. I’ve found that I like the challenge of the format — in this case 8 inches x 5 inches (20 cm x 12 cm), something like that. I can experiment with mixed media, although I admit I’m not very good at drawing or painting. As for the future, I’m not sure. I just trust that an idea will pop into my head one day and I’ll move on.

So Catchy!: How did you start making collages?

Iris Van Gelder: In 2011 I started making collages. I’ve always been interested in visual content, television, magazines, photography and movies. All these things triggered me into doing something with images. I’ve done multiple things like photography, studying how movies are made and styling, but I missed something. Then I started making collages and it felt so natural to me, it was like all pieces of the puzzle fell into place.

SC!: Why do you think collage in fashion is so popular now?

IVG: Because you can tell much more of a story with a collage than with a single image.

In Fashion, storytelling is most important, because a designer wants to share his/her vision.

SC!: Any collage artists you admire?

IVG: That’s a hard one because I don’t really admire other collage artists. I get more inspired by other art forms, like surrealistic paintings, photography, architecture and music.

IVG: Making sure my Tumblr is up-to-date.

So Catchy!: How did you get your start in collage?

Johnatan Vico: Two years ago, I got into collage; it happened almost by accident. I wanted to express a number of ideas and photography just wasn’t doing it so I thought about this technique. It was an undiscovered world for me and little by little, I got hooked.

JV: At a glance, you might think that I focus on the world of fashion. All of the photographic base comes from there but it’s always taken out of context and given new meaning. I thinking it’s not just fashion with fashion, but fashion and architecture, fashion and sculpture, fashion and the animal world, etc. Once in awhile you’ll also see my pieces in surrealistic situations that take place in some distant part of the universe.

SC!: Why do you think we’re seeing a resurgence of this technique in the world of fashion?

JV: I think it’s due to that insatiable desire that fashion has for reinvention, that desire to always be up with the latest artistic movements and to use them. Fashion, photography and collage are a perfect combination; they make clothing the star and add more dynamism.

SC!: Are there any other artists in collage that you look up to?

JV: Among those I most admire, and who I’ve been following for some time now are, Lara Lars, Pablo Thecuadro, Pinosanaro and Little Calpurnia. There are more and I could go on.

SC!: Do you make your collages by hand or digitally?

JV: I don’t really have a preference. It’s true that I’m completely involved in the digital world but I love handmade collage and I’d like to play around with it more. I like them both, each method has its attraction, its ups and downs.

So Catchy!: Why do you decide to use collages in your last fashionfilm?

Mitsuru Isshiki: Initially, it was simply that the designer asked me to use animation. Through this production, I found that I really like to “assemble”; I’m obsessed with the behavior or process itself. It is probably because I was born and raised in Japan where daily you can see floods of information, from traditional stuff to part of the high-tech city landscape.

SC!: Why collage is so popular in fashion now?

MI: The medium of video is dramatically changing to be “casual”, because video production is getting easier. I think the movement is a result of influences by other fields of creative people such as graphic designers, photographers or interactive designers.

SC!: Do you admire any other collage artists?

MI: The music video production for an artist in Beijing, which will be “all” collaged animation film, entirely through music with 3D computer graphics mixed with green key footages.

Images courtesy of the artists 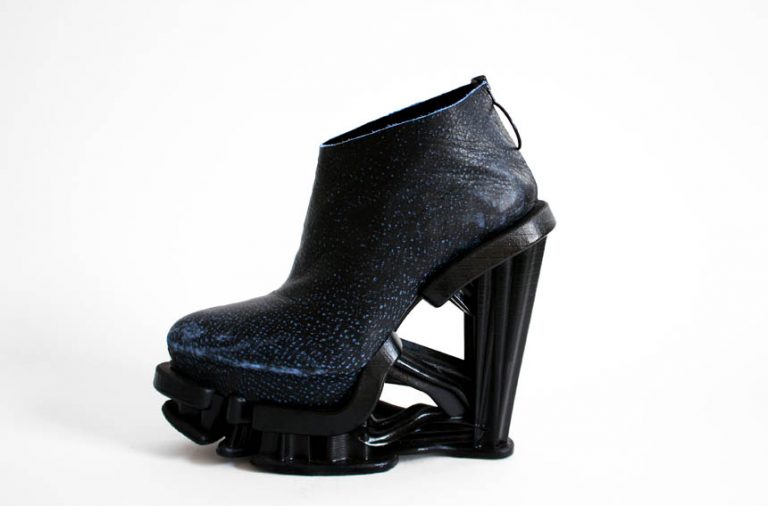 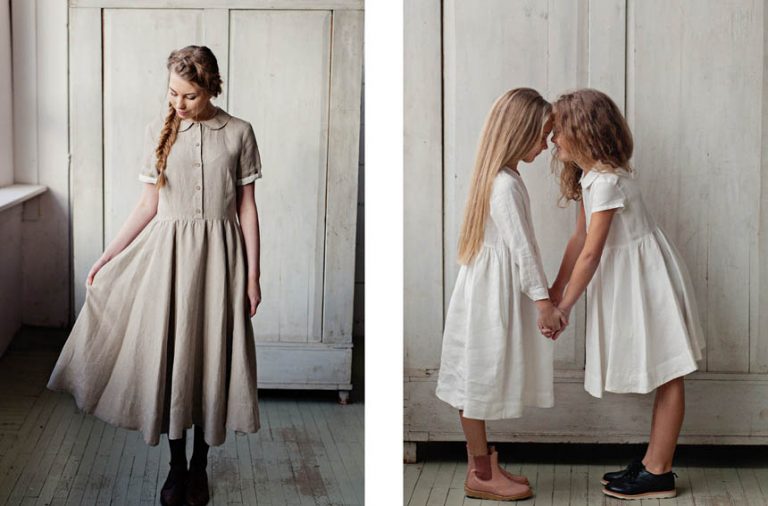 Our favorites from Etsy 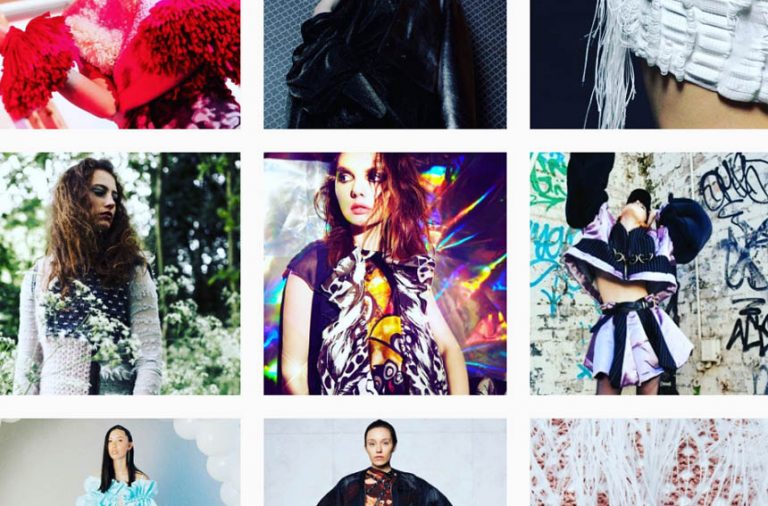 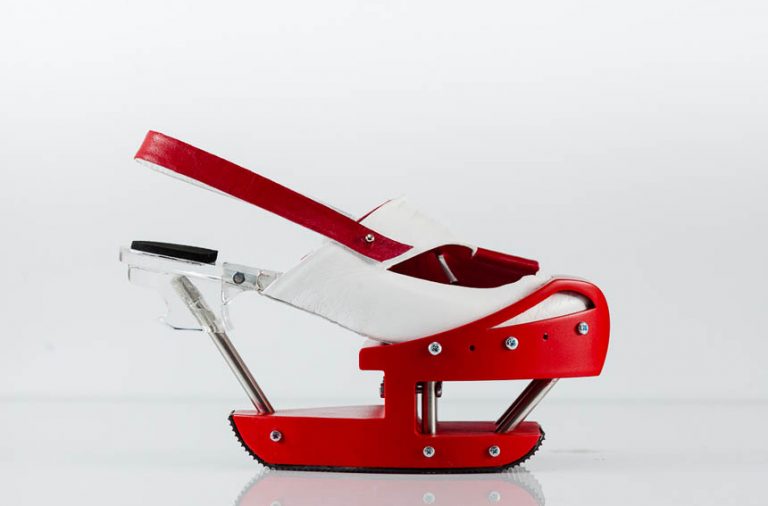 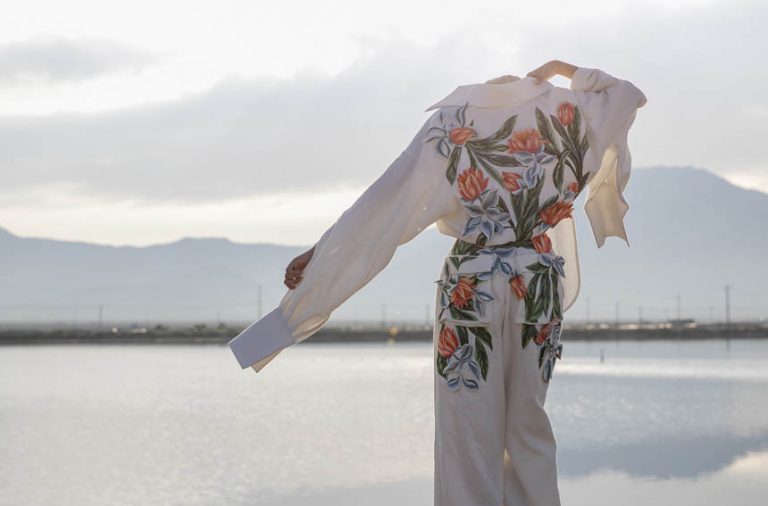